Climate change has enabled forests to move to higher altitudes and latitudes across many parts of the world. As the suitable habitat for vascular plants to expand into alpine and tundra regions, high alpine plant communities face competition from new species. High alpine plant communities face a disproportional risk from species migration, as range-restricted species have limited abilities to locate new suitable habitats and also face a reduction in the area of suitable climate. Understanding the movement of treelines is essential to better identify areas where endemic species may be at higher risk under future climate change. In addition, large-scale vegetation changes can also affect ecosystem services such as carbon sequestration and storage. Large-scale datasets will be required to map these changes in order to identify drivers and limiting factors of treeline migration. Therefore, a database containing 477 study locations was created to identify areas where treeline movements have been monitored during the past century. Two-thirds of monitored treelines (66%) have migrated to higher altitudes or latitudes. While the average rate of migration is around 5 meters per year, treelines have in some locations migrated by more than 100 meters per year. This rapid change in plant composition is concerning, in particular, where trees are migrating onto carbon-dense tundra soils, as the establishment of vascular plants can reduce the carbon-storing capacity of these soils.

Many parameters can influence whether or not a forest is likely to expand into non-forest areas. Fundamentally, there needs to be potential for seedlings to disperse and establish beyond the present treeline. While dispersal capacity is primarily determined by species and local topography, the survival rate of established seedlings is mainly determined by climate. Treelines are largely temperature-dependent; hence, with increased temperature associated with climate change, we are likely to continue seeing forest expansion into high alpine and arctic regions. However, in some regions, it is difficult to distinguish if the expansion of treelines is driven by changes in climate, or if it is simply a re-establishment of historic treelines. Highly modified landscape, such as that pictured on the cover of Journal of Mountain Science (Vol. 18, No. 2) from Grindelwald, Switzerland, have seen significant impact from human settlement. As farming and associated deforestation has slowed down in many parts of Central Europe, it has given forests a chance to recover. Consequently, when modelling future treeline movements, it is important to consider if the response is due to changes in climate, or if it is simply a sign of reduced human stressors. Regardless, the question remains, will the expansion of carbon-sequestering forests in alpine regions be enough to offset the potential loss of carbon that is likely to occur from the soil of arctic tundra landscapes? 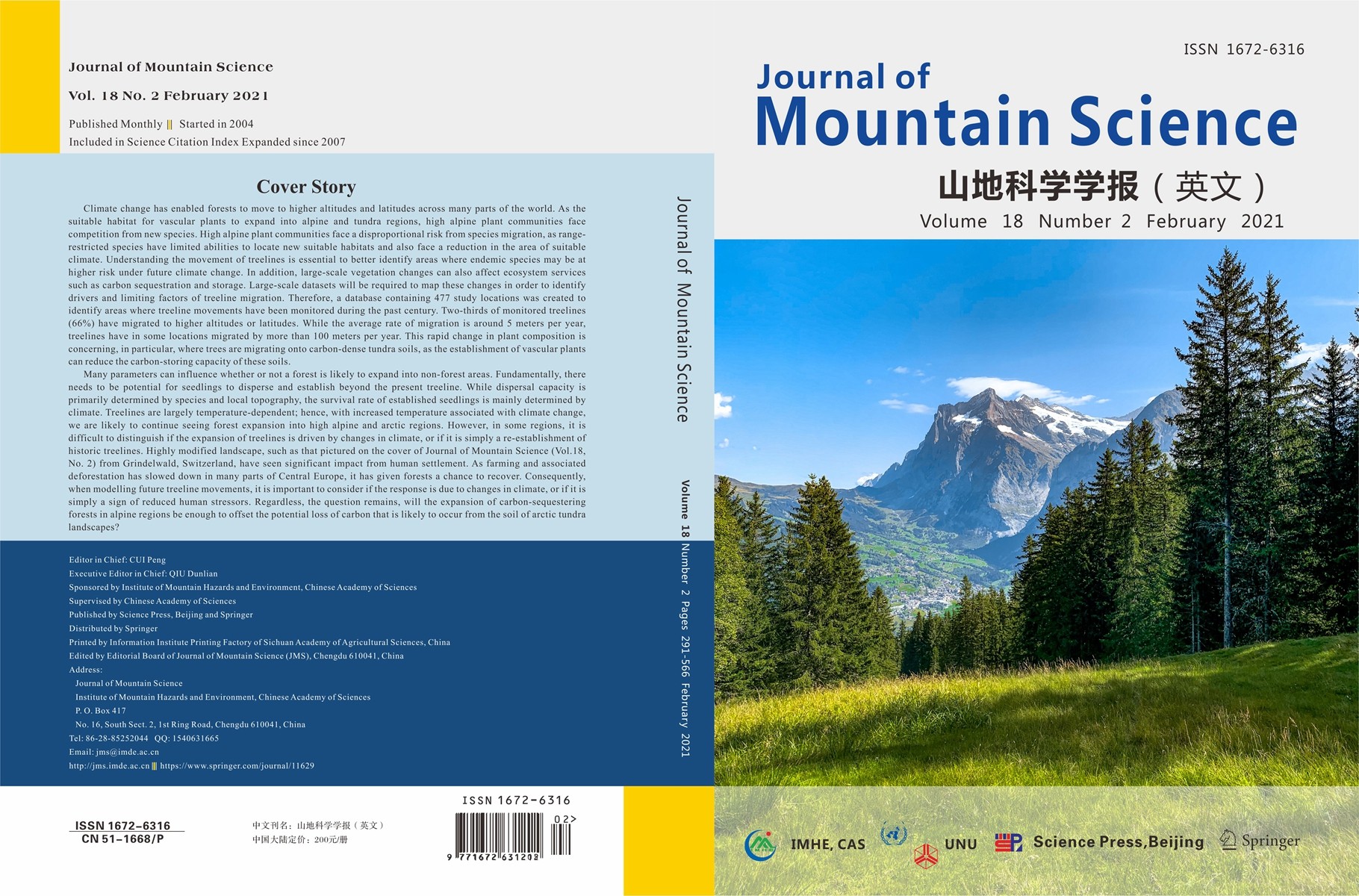 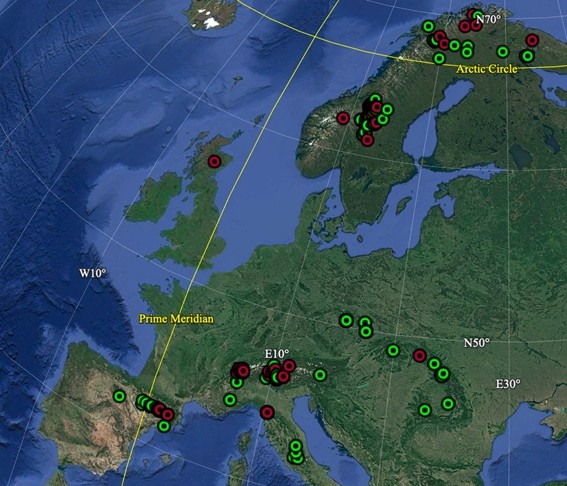 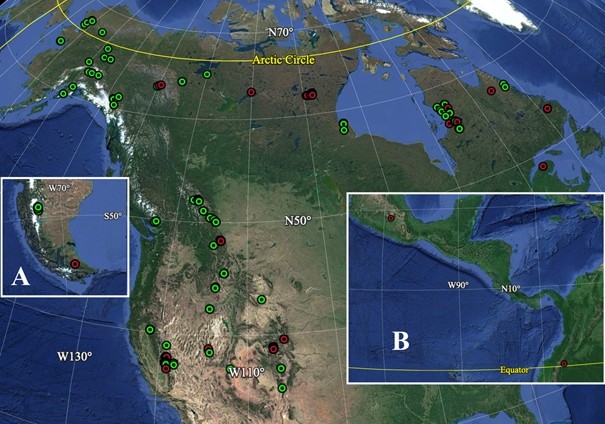 Fig. 4 Treelines existing at various elevations in Arthurs Pass, New Zealand. Treelines can be found below their climatic threshold in areas where topography and rockfalls prevent trees from establishing further upslope.